My child is a pretty typical two and a half year old. My child loves getting dirty and going for hikes. My child loves dinosaurs and cars and trains and trucks and building things with blocks. My child likes wearing jeans and t-shirts and hiking boots, or better yet no shoes at all. My child is the first kid at the playground to climb up to the top of something dangerous, even when the older kids are too scared. My child loves rough and tumble play and never sits still. My child’s face is always covered in god knows what with their hair in their eyes. My child is strong willed and innovative and assertive and fearless.

I know what many of you are probably thinking. Typical boy.

But what if I were to tell you that my child also loves playing with dolls and princesses and mermaids. My child has gotten a pair of tap shoes as a gift from their gymnastics teacher and won’t take them off. My child loves playing dress up, especially with necklaces. My child has strong emotions that they are currently discovering and is being taught that it is ok to cry and feel these emotions. My child is compassionate and sweet and helpful and finally learning to snuggle and give kisses.

My two year old daughter is all these things and more.

So why does it matter? Why am I telling you all this? Well, it’s because already at the age of two I have seen and heard more sexist things toward my daughter than I care to tolerate. Yes, my two year old. And yes, the most hurtful ones have been from other moms on the playground and in our circle of friends. Let me share with you a snippet of some of the comments that have stuck with me: 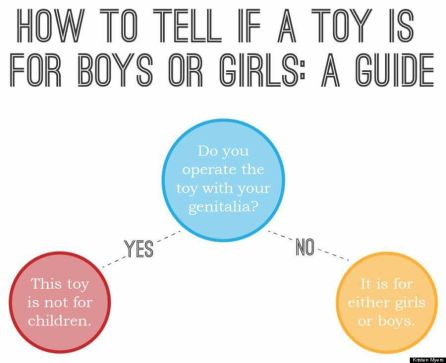 Boy moms, I am trying to raise a strong female and I need your help. The words you say are more than just words to a child who looks up to you. I can try to be a good role model to my daughter and lead by example, but that can only counter what she hears from others and the media so far. Please don’t add to it. The words she hears and the things she sees will become her inner dialogue. If you are in my life you are a female role model to my daughter, whether you signed up for the job or not. But if you aren’t willing to do it for me or the other “girl moms” out there, do it for your son’s possible future wife, his future female boss and female colleges, and his potential future daughters. But most importantly, do it for him. A two year old boy who hears his mom tell him he has to treat girls differently on the playground, may grow up into a teenager who doesn’t know how to communicate properly with girls, who may grow up into a young adult who says inappropriate comments to women, who may grow up into a man who thinks women are weak and below him and negatively asserts his power over them. I know, I know, I may be reaching, but it has to start somewhere. The #metoo movement is too large to ignore. Those countless men who are out assaulting women were once boys. Innocent two year old boys who didn’t know there was a difference between him and the kid playing next to him. Where did it go wrong? Maybe it all started at the playground when they were two. Maybe we can change the future so our daughters and granddaughters and nieces and cousins and friends can learn about the #metoo movement in history books instead of experiencing it themselves. Let’s raise the next generation to be decent human beings.

Thank you for visiting Wrighting It Down! If you enjoyed what you read, please follow my blog to get my latest posts. Feel free to look around and check out some of my other posts too!